What is a Non-Inverter Air-con? 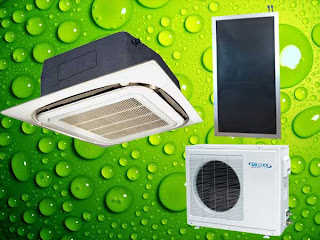 What is a Non-Inverter Air-con?

Where high power leads to faster speed of the system, the cool air produced will ensure that users will feel more comfortable and a better soothing experience. It is efficient if you appreciate being able to savor and feel the cool air dished out by the compressor motor in the non-inverter air-con.

Furthermore, a non-inverter air-con is considerably cheaper than an inverter air-con due to the fact that the energy consumed and passed out by the air conditioner is much more conserved and maintained. However, it produces much noise from the system due to the higher pressure and electricity needed to maintain the viability of the unit charges of the compressor motor. It is also more costly overtime as it means more electricity is applied to support and endow the considerable amount of power processed in a non-inverter air-con such that it will be best used for an individual than a whole family.

The cycle effect that the controller units of a non-inverter air-con is unique such that it undergoes a “start-and-pause” mechanism, meaning that the cool breeze that burst out from the engine is not always standardized. You may feel the temperature difference in the air every few minutes as the cycle is ongoing. Additionally, in non-inverter air conditioners, pre-set functions will totally disable the compressors, giving you another different feel on the temperature of the air than on the normal controls of the air conditioners.

Another commendable property that a non-inverter air-con possesses is that the engine parts, particularly the circuit boards, are relatively durable as it has a less amount of boards, reducing the chances of malfunctioning and breaking down. This will save the costs from maintenance fees as air conditioners need regular cleaning and checking, to ensure the health of the air conditioners.

In conclusion, a non-inverter air-con can be very convenient and useful based on the users’ preferences. It still has both pros and cons like any other systems out there in the world. To receive more insight info on non-inverter air conditioners, it will be wise for you to check with the companies specialized with air conditioners to gather even more information from the accurate and experienced staff there.